A while ago, I mentioned one of the reasons that I got into knitting and designing patterns was because my sewing skills are terrible. I’m always reminded about my inadequacies when it comes to sewing around Halloween. I have all of these grand ideas for costumes, that never pan out. I usually end up throwing something together at the last minute. 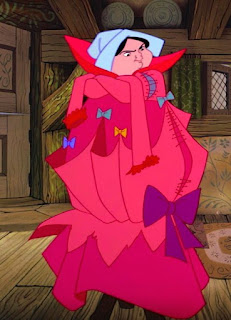 This year, however, is our first Halloween as a family of three, so I wanted to step up the costume game a little bit. My husband doesn’t mind dressing up–if it doesn’t require too much effort. It’s really fine, so far he has been willing to wear any costume that I have asked him to wear. I’ve gotten pretty good at gauging what he’s willing to do. “Costumes” he’s been willing to wear include Bobby Singer from Supernatural, Tombo from Kiki’s Delivery Service, and a Ravenclaw student. And somehow, our very first Halloween together when we were dating, he did wear a Jack Skellington outfit so that I could be Sally.

This year, I had a lot of ideas for what we could do as a family, and he surprised me by willing to go with my first suggestion. In our house, Disney reigns. There’s a part of me that dislikes how dominate Disney has become in the media, but we’re also addicted to their content. So I browsed the Disney site quite a bit, looking for something I thought he would be willing to wear, and that would be easy for me and the tiny human to match. I came across a T-shirt designed to look like Mickey Mouse, and the idea stuck.

Thankfully, he agreed. So I bought the T-shirt for him, a cute Minnie Mouse onesie for the tiny human, and a polka dot dress for myself. And then I spent hours upon hours scrolling through Etsy, trying to find the perfect Minnie Mouse ears to go along with my dress. But the more I looked, the more I became indecisive. And then I realized…hey! You can make these yourself! So I did.

Thus a new pattern, Minnie Ears, was born (second this year, woohoo!) and has been released for free on Ravelry. As usual, it’s very easy to customize based on your needs. 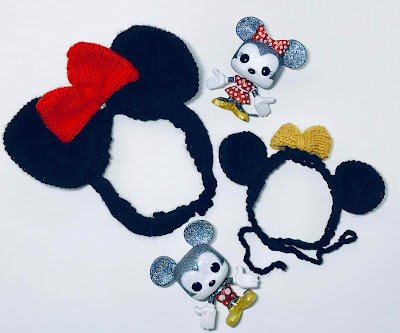 Minnie Ears includes two sizes: adult and baby/toddler. Both sizes are easily adjusted in two ways: the headband size and the ear size. The headband can be made longer, shorter, or wider to fit any size head. The ears can also be made larger or smaller based on the amount of increases used to create the circle shape. 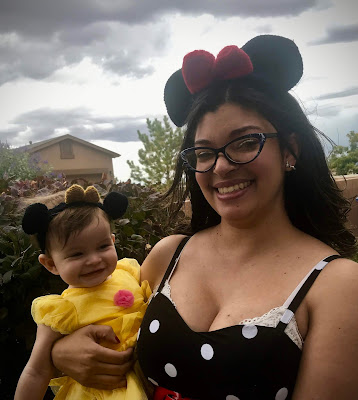 The ears are sewn directly onto the headband, but the bow is designed to be interchangeable to fit as many looks as you can come up with. Snaps can be sewn onto the headband and the bow, or it can be as simple as threading hair pins through both to attach the bow to the headband. This allows a much quicker way to change up the look, without having to completely re-knit the entire headband and ears. Of course, you could, because it’s your knitting and you should do what you want! 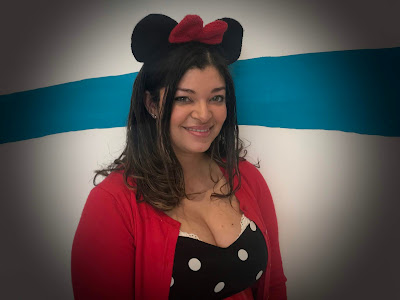 If you’d like to knit your own Minnie Ears in time for Halloween, download the free pattern on Ravelry, here! Maybe you’ll have an easier time getting your little one to take a picture in them than I did! 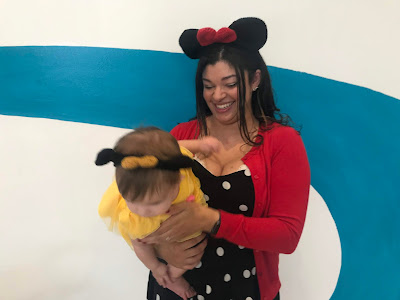