Misha Made Me Do It

When Netflix became a streaming site instead of just DVDs, a whole world of new TV shows opened to me. My husband had started watching a little show called Supernatural. I remembered watching the first episode or so when it first premiered, but that was my first semester in college and I had mostly stopped watching TV at the time. I didn’t have a lot of time between practicing piano, choir rehearsals, classes, homework, and of course, socializing. 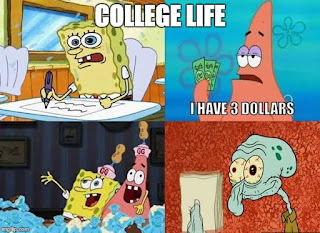 So, when he started watching it, he immediately thought I would like it. I balked at first, remembering that it seemed too like The X-Files and “ghost of the week.” Neither of which interested me. I don’t remember how he actually convinced me to watch it, but upon giving it a second chance, I was hooked. 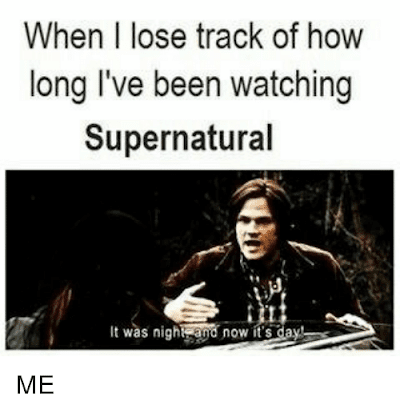 I think there were about 7 seasons available at the time, and we binge watched them all within a few weeks. A few years later, once we had graduated college and had jobs, my husband agreed to go to a Supernatural convention. It was one of the most amazing con experiences I’ve ever had, and while I’ll probably never do it again (holy expensive con, Batman!) I’m so thankful to have had the chance to even go once. 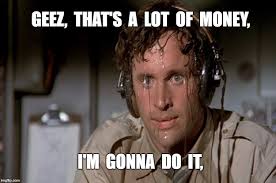 One of the consequences of going, however, was learning how amazing Misha Collins (the actor who plays Castiel in Supernatural) is. He was literally the only reason I was able to eat the last day of the con–he randomly bought boxes and boxes of pizza for everyone there. I had only been able to eat breakfast that day, and if it wasn’t for that pizza, it would’ve been over 12 hours before I would have had the chance to eat again.

During Misha’s panel, he talked about this little thing that at the time was called GISHWHES, but is now just called GISH. It stands for “The Greatest International Scavenger Hunt.” It’s a week of silliness. Basically a giant item list is revealed, and teams have one week to complete as many of the items as they can. Some of the items seem impossible, some are charitable, some are just fun/silly, and a lot are creative/artsy. Misha inspired me so much during his panel for a variety of reasons, that I felt compelled to be involved. (He also was responsible for both of my most memorable moments at the entire convention. so, he’s really become my favorite “celebrity” which also affected my decision to join in). This year was my third time playing along with Gish, and it was an impulse decision that turned out to be a great idea. For an idea of what Gish items are, some I’ve done include:
Handing out free coffee at a bus stop during rush hour: 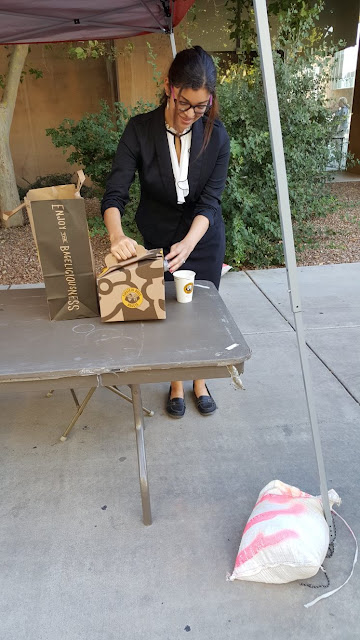 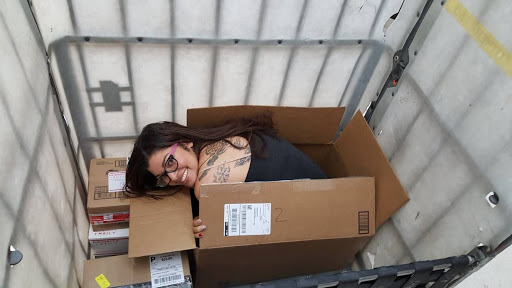 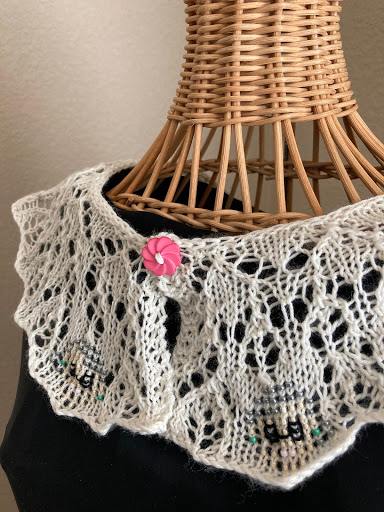 Wearing a beehive made of cotton candy: 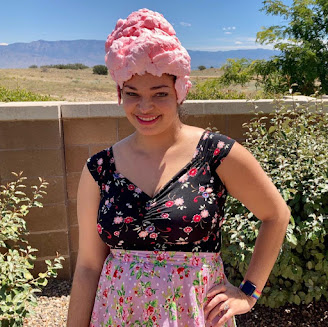 Now here’s where this all starts to relate to knitting: one of the items on this year’s hunt was to do something you’ve always wanted to do, but that you’ve been putting off. It was inspired by Rob Benedict, another Supernatural actor, who had a stroke at a con. Another actor saved his life by recognizing the signs and getting him to the hospital right away. But because of this, it stuck with him that no day is a given. Anything can happen, so we need to stop putting off things and do what we want to do.

In order to fulfill this item, I did what I’ve been afraid to do for years–I signed up for the Master Hand Knitting Certification program through TKGA. Eek!
The amount of work has always seemed daunting to me, but I know how beneficial going through this program will be for me both as a knitter and as a knitting pattern designer. It will force me into not being lazy about the way I knit. I will have to do real knitting math (the worst!), and learn techniques I’ve avoided for no reason I can think of. I’ve already dived in to the first assignment, as I wait on my yarn to get here so I can get to knitting, and even set up my binder to begin Level 1 (there’s 3 levels). 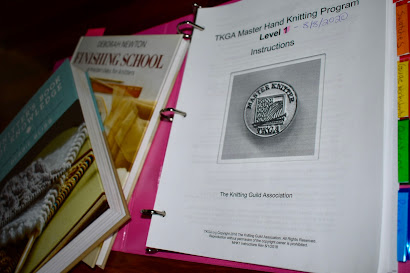 Along with completing the course, I’m planning on writing about my experiences here, both as a way to get me back into blogging and to process my thoughts and feelings while trying to persevere. I can’t reveal too much information about exactly what is required, but I will discuss what I can. 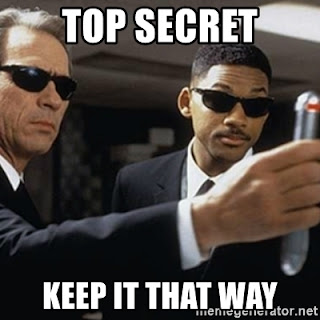 I may be in over my head, but my Slytherin ambition drives me onward!