They Don’t Know That We Know They Know We Know

When I first started knitting, my teacher encouraged us to read and learn about different types of fibers and to watch Youtube videos on knitting stitches. But that was it. The most we discussed finishing was how to weave in ends. We never talked about how to care for knits or finishing techniques like blocking.

I do understand that in a beginning knitting course, there isn’t a lot of time to go over every single thing a knitter will need to know. I think the entire class maybe met four or five times, and we spent the majority of the time just practicing. We learned to cast on, the knit stitch, the purl stitch, how to bind off, and how to weave in ends. And then we were thrust into the wide world of knitting completely on our own. 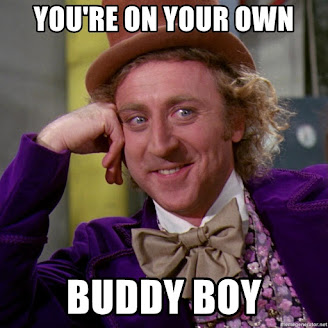 I joined a knitting group very shortly after completing the class. I didn’t know these magical things existed, but I knew I wanted friends that knit. Unfortunately, the first group I joined was less than helpful. I never felt like I could ask questions, because the few times I tried, I was met with judgement or “Google it” answers. I’m fairly certain only one person at the group even bothered to learn my name. I persevered and attended it regularly for about a year. I’m still not quite sure why I kept going. 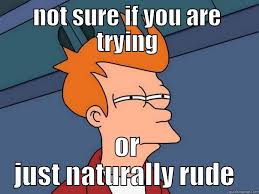 The second group I tried out was at a yarn store. People there at least talked to me, and I felt like I came to know some of them fairly well. The same thing happened though, where it seemed like no one was interested in answering a new person’s questions. I left that group when we moved to a different city while both my husband and I worked on our Master’s degrees.

For those two years, I knit alone on the couch and had Ravelry friends as my only knitting connections. I love my “virtual” friends, and am so thankful to have them, but there’s still nothing quite like getting together with a group of knitters in person. So, I eventually tried a third group, where I sat on the edge of the table, and after the polite “hi,” had only one person even attempt to include me in the conversation. I did not fit in, and I never went back.

Shortly after the last experience, I finally found a fantastic group completely by chance. I went to the state fair with my parents, and the local knitting guild happened to be doing a demonstration. Encouraged by my mom, I nervously approached them, thinking of the experiences I had previously had with other knitters in the back of my mind. To my surprise, these women were warm, friendly, and inviting, and I’ve had a group to knit with ever since. I am incredibly thankful to have such an amazing group of women to call my friends. They made me feel welcome and I’ve never had to worry about not being included. And everyone knows my name! Before having my Tiny Human, I also found a second group of amazing women that met at a brewery, but you know, beers and babies don’t really mix…. 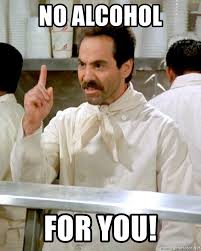 Since starting the Master Hand Knitter Program (MHKP), I’ve been thinking about my past experiences with knitting. All of these groups I’ve been to, even those I didn’t fit in at, socializing was the only goal. I’ve talked to my husband about groups he’s been in, and his computer groups, all they talk about his computers. In other friends’ running groups, the focus is on running related topics. Book clubs–there is some socializing, but the focus is still on discussing the book.

But there seems to be this phenomenon in knitting groups where the focus isn’t on knitting itself; it’s on socializing while everyone happens to knit. Now, don’t get me wrong, I absolutely love the social aspect. I am incredibly grateful to have found friends who also knit. This is simply an observation about how knitting groups work differently than other interest based groups.

I find it interesting that we don’t really discuss anything about knitting beyond what we’re currently working on, the yarn we’re using, or maybe some other interesting knitting patterns we came across. Otherwise, the chatter topic varies wildly and is usually on anything but knitting. Again, not a problem for me, just an observation.

Because of my experiences with knitting groups before finding the ones where I fit in, I became afraid to ask any real knitting questions. Not that any of my current friends wouldn’t be happy to help or answer. But when you’ve been shot down enough or heard so many condescending comments, it becomes instinct to just seek information out on your own first. But the problem with that is, you don’t know what you don’t know. You don’t know that stitch isn’t really supposed to look like that or that there might be a cast on or bind off method better for the particular project you’re working on besides the only one you were taught. 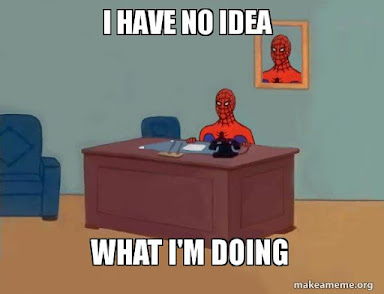 Looking back, I wish that in my first knitting class I had been told to actually read about knitting. I feel like we tell people, “it’s easy! If you can knit and purl, you can do anything!” And while theoretically that’s true, there’s so much more to know if someone really wants to knit well. It is true that knitting can be as simple or as complex as we want it to be. Some people are perfectly happy knitting garter stitch scarves or dishcloths and never moving beyond that. And there’s nothing wrong with that. Everyone should knit the way they want to. The MHKP is opening my eyes to all of these things I never knew I even should be researching or paying attention to. 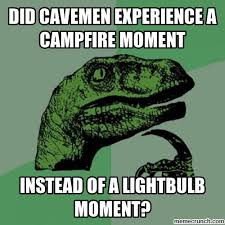 It’s been a little over a week since I signed up for the MHKP, and I’ve already jumped in head first. There is a report required for each level, so while I waited for my yarn to arrive (which got here last Saturday, way earlier than I expected!) I went ahead and did all the research and wrote the parts that I could. The report required discusses techniques and information related to the blocking and care of hand knits. I have learned so much already just from writing the report that I fully believe this entire project will be well worth the work. I’ll go into detail about what I’ve learned in my next post soon.

Why don’t we talk more about knitting techniques in our knitting groups? Maybe yours does, and mine are anomalies? Is it because we’re expected to learn on our own? Or to always pay for classes? What happens when we live somewhere that doesn’t have accessible classes, or people we trust to learn from? I’ll do you one better: Where do we go to get better and improve our skills, if we don’t know what we don’t know?